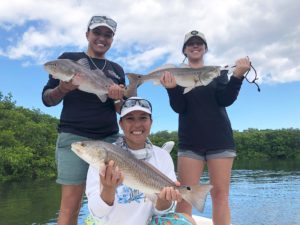 In addition to the fantastic success of our first annual Veterans Build Inshore Fishing Slam Tournament, we were honored to have treated eight Wounded Warrior veterans to a day out on the water, thanks to the generosity of two of our Veterans Initiative sponsors, American Roofing & Sheet Metal, Inc. and Aleman Construction Services.

Each company underwrote the cost for two four-person Wounded Warriors fishing teams to participate in the October 12th tournament and for some it was their first fishing experience. The tournament attracted 84 participants overall who spent a day of fun in the sun fishing for Redfish, Snook, and Trout while supporting Habitat Hillsborough’s Veterans Initiative nautical fundraiser. 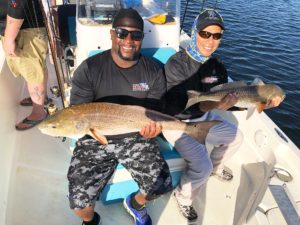 The tournament, coordinated and led by Captain Jarrod Wallach of Aquatic Escapes, was launched from Apollo Beach where a Weigh-In After Party was also held.

“We are grateful for the generosity of our sponsors, ” said Habitat Hillsborough Veterans Initiative program coordinator Nitza Rivera.  “Some of the veterans approached me after the tournament and expressed having been struggling with post traumatic stress or anxiety, and that being able to be out on the water helped them re-center and ground themselves. It has been proven that alternative means to traditional medicine such as recreational therapy can improve the quality of life for our veterans, and it is an honor to be in a position where we can collaborate with our partners to be able to help with that.”

Special thanks to American Roofing & Sheet Metal and Aleman Construction Services for making this day possible! 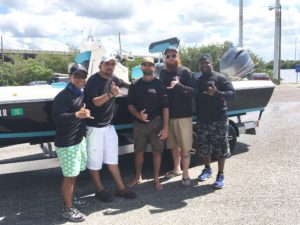 And a huge THANK YOU to Jarrod Wallach, the 84 fishermen and women, and all of our sponsors who helped raise $116,000 for our Veterans Initiative program! 100% of the proceeds from this tournament will help low-income local veterans build strength, stability, and self-reliance through affordable homeownership and home repair.

We hope to see you at next year’s Veterans Inshore Fishing Slam Tournament!

Habitat Hillsborough and Bank of America Officially “Raise the Roof” on...
Scroll to top